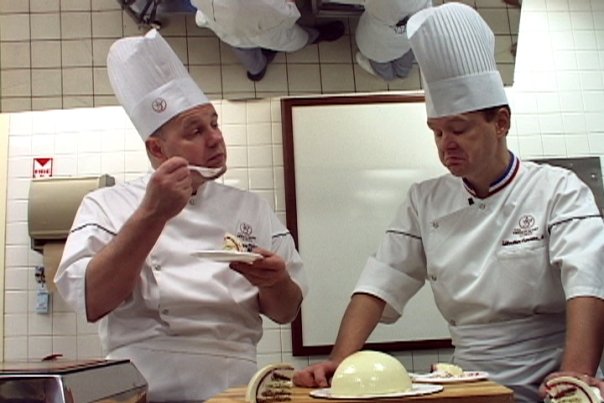 You may have read about something called Meilleur Ouvrier de France (MOF), or perhaps you’ve spotted someone wearing a distinctive red, white, and blue collar. Wonder what it means?

The phrase means “best craftsman of France” and it is a title bestowed on only the best of the best, those who pass a grueling series of tests. Famous title holders include the late chef Paul Bocuse and the chocolatier Jacques Torres.

The MOF was created a century ago as a way to encourage artisans and to preserve and promote traditional crafts. Awards are made in over 200 categories. Some are well known, like baking and pastry making, while others are more obscure, like boiler making and piano tuning. There’s even one for denture makers!

Read all about these elite craftsmen, including the stars of Kings of Pastry–a film about the 3-day pastry competition. It’s all there in France Today!