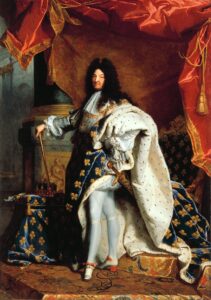 Some quotes from France are beyond famous. King Louis XIV saying “I am the state” or Napoleon’s “An army travels on its stomach” are known around the world. And, if you love quotes, you’ll enjoy these fun France sayings…

“How can you govern a country that has 246 varieties of cheese?”—Charles de Gaulle

“France is the most civilized country in the world and doesn’t care who knows it.”—John Gunther

“They have a very low rate for attempted murder and a high rate for successfully concluded murder. It seems that when a French person sets out to kill someone, they make a good job of it.”—Nick Yapp

“You should definitely visit the Louvre, a world-famous art museum where you can view, at close range, the backs of thousands of other tourists trying to see the Mona Lisa.”—Dave Barry

“Boy, those French. They have a different word for everything.”—Steve Martin

“True, you can sit outside in Paris and drink little cups of coffee. But why this is more stylish than sitting inside and drinking large glasses of whiskey I don’t know.”—P.J. O’Rourke

“France has neither winter nor summer nor morals—apart from these drawbacks it is a fine country.”—Mark Twain

“Every Frenchman wants to enjoy one or more privileges; that’s the way he shows his passion for equality.”—Charles de Gaulle

“The thing that staggers you when you first come to France is the fact that all the French speak French—even the children.”—Olivia de Havilland