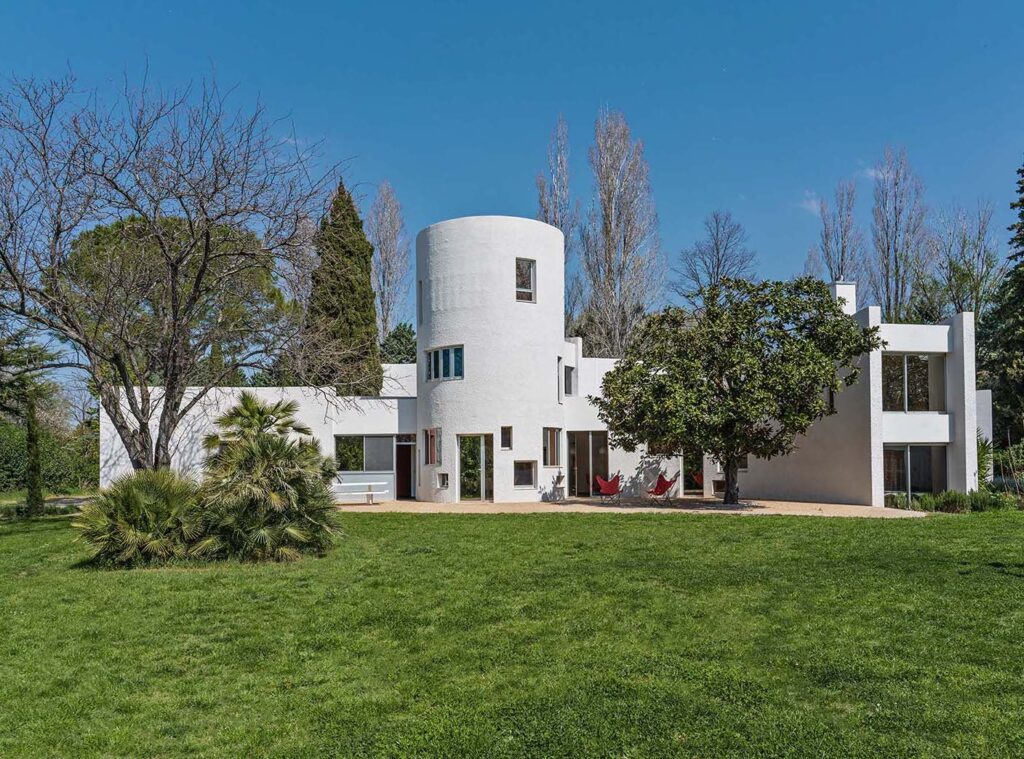 Just two miles from the center of Arles sits the Villa Benkemoun, a magnificent estate designed by a disciple of the famous Swiss architect Le Corbusier. Visiting it is like stepping back in time.

The villa was the brainchild of Simone and Pierre Benkemoun, who enlisted their friend Émile Sala to design their dream home. Sala took an unusual approach.

Instead of creating an initial set of architectural drawings, Sala began by asking the family to jot down, day by day, how they lived their lives. Where did they take their meals, how did they entertain, did they spend time indoors or out? Then he used this knowledge to design a home that fit their needs, as well as Pierre’s desire to have a home that was “open and transparent.”

The Benkemouns liked Sala’s initial design but thought it had too many sharp edges. They suggested rounding a corner here, creating a curve there, until the house took the form they wanted. The final design was made up of round and elliptical rooms, “full of sensuality,” that seemed to swirl from one to the other. The result is a triumph of 1970s design, a masterpiece of modern architecture.

Read all about it, and see some beautiful photos, at Perfectly Provence!