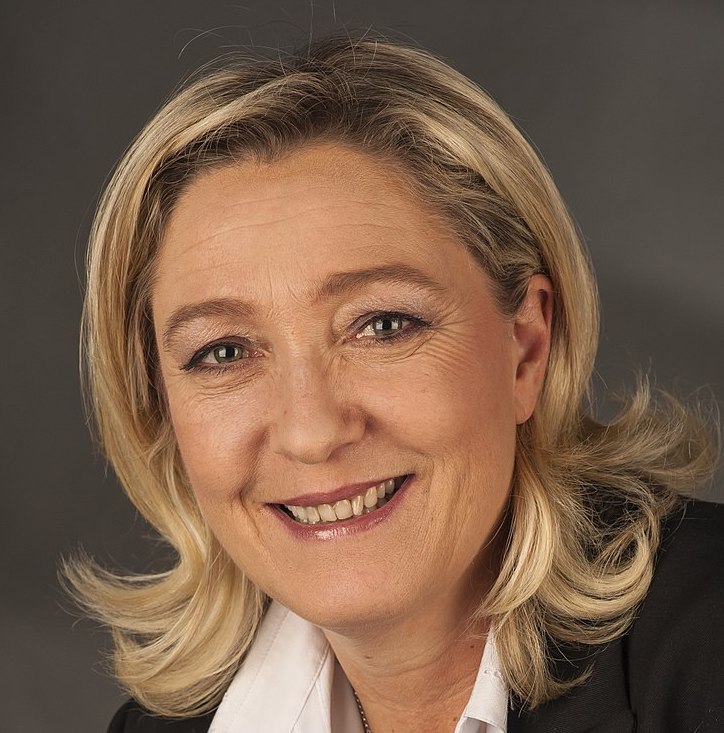 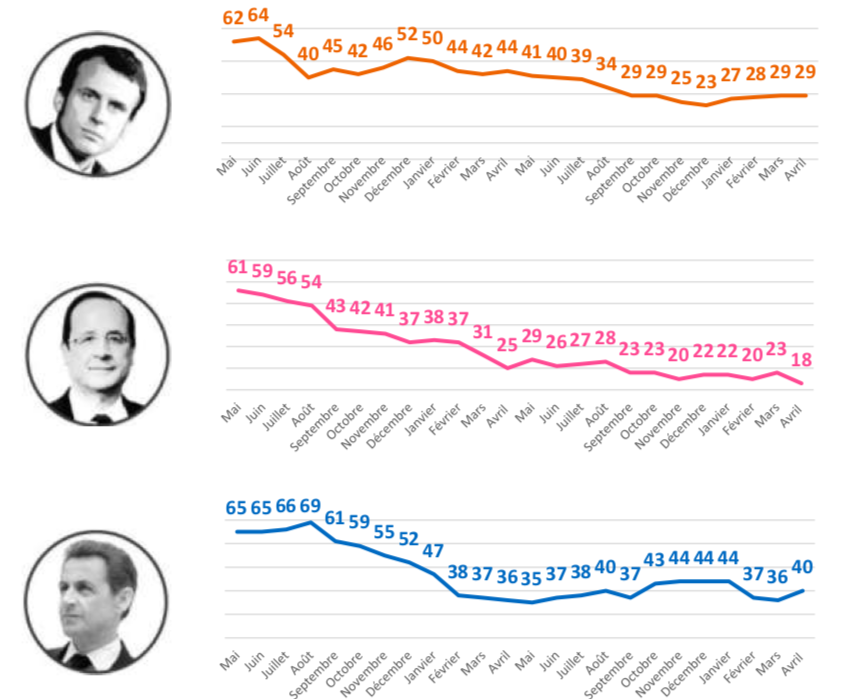 President Macron of France has plummeted in the polls since his election. But that’s not unusual; the French just seem to fall out of love with their presidents.

Here’s a quick report on what’s happened to Macron, and what still might happen, in Frenchly. 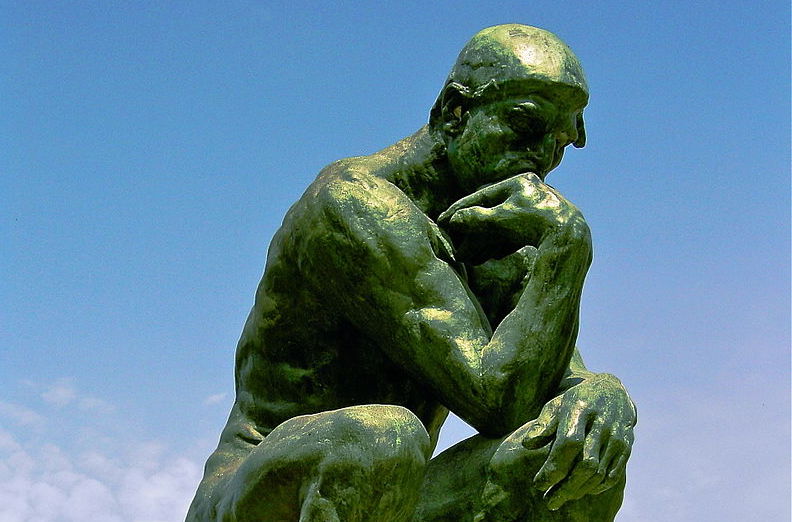 President Trump will visit France this Friday, November 9, for a military celebration marking the 100th anniversary of the end of World War I. This will be his second visit to the country often called America’s oldest ally. Which makes it a good time to ask, what do the French think of America these days?

Find out at Frenchly!

French President Emmanuel Macron has been in hot water lately because of his… makeup? Since moving into the Palais de l’Élysée three months ago, he has reportedly spent over $30,000 to look good. Apparently, makeup artist Natacha M. is assez cher.

The French are shocked — this after Macron demanded deep budget cuts?! Twitter is, of course, amused. The Elysée has promised to cut back on future make-up spending, but is this actually a lot for a French leader to spend on their signature style? Let’s look at history to see how others have done it.

You can read the full story at Frenchly. 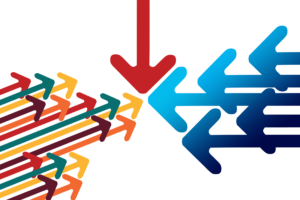 A wave of populism has been washing over the political world – first Brexit, then Trump, and soon perhaps the Netherlands.

But the big country to watch is France, which has long had a strong populist party in the National Front. Its leader, Marine Le Pen, currently leads in polls for the upcoming French presidential election. France was one of the founding members of the European Union and today is arguably the lynchpin. If Le Pen wins, it could signal the end of the European project.

Most people are focused on the French presidential election. But the legislative election, which happens right after it, could be even more important. Let’s look at both.

To start, it helps understand how the two-round French electoral system works. Phineas Rueckert recently wrote an excellent article about this in Frenchly, which you can find here.

There are four candidates who could plausibly win the presidency. Arrayed across the political spectrum from left to right, they are: Benoit Hamon of the Socialist party, Emmanuel Macron of En Marche !, François Fillon of the Republican Party and Marine Le Pen of the National Front.

Normally, the election would feature a runoff between the candidates of the two main political parties, the Socialists and the Republicans. But this is no normal year.

The Socialists are the party of current French president François Hollande. He is widely considered a failure, with the lowest ratings of any French president, and is not standing for reelection.

This has thrown his party into disarray and led to the election of a candidate who represents the left of the left. Hamon campaigned on a platform of a universal minimum income and a 32-hour workweek. While this thrills the activist base of the Socialist party, it marginalizes him with the larger electorate. Hamon will be lucky to get 15% of the vote.

The Republicans would normally be expected to profit from this turmoil in the Socialist party. Their candidate, Fillon, is a respected former prime minister. He is deeply conservative and moved even further to the right in the Republican primary.

Fillon was positioning himself to appeal to supporters of the extreme-right National Front in the general election. It was a reasonable strategy when he was the favorite to win the presidency. But then the Pénélopegate scandal engulfed his campaign.

Pénélope is Fillon’s wife. Fillon has presented himself as a kind of Mr. Clean, but then evidence emerged that Pénélope and two of their sons have been paid over $1 million in government funds for possibly fictitious jobs. The ensuing scandal has tarred Fillon as “just another corrupt politician” and he has plummeted in the polls.

With both major parties in bad shape, this should be Le Pen’s moment. She is an outsider at a time when conventional candidates are disdained. She is a populist at a time when populism is ascendant. Her party has been gaining in strength over the last several national elections and she currently leads in the polls. But three things will probably cause the presidency to elude her grasp.

First, while she has a solid base of support – approximately one third of the electorate – the opposing parties tend to team up against National Front candidates in the second round of elections. This has cost her party victories in the past and is expected to do so again in the presidential election.

Second, Le Pen is facing her own fake job scandal. Her party has a history of corruption and has been the target of numerous government investigations. Le Pen has been able to shrug these off in the past by arguing that it’s just “the system” out to get her.

But that tactic won’t work this time because of Pénélopegate, which has entrapped a leading member of “the system.” The more news coverage Pénélopegate gets, the more it reminds voters that Le Pen, as well as Fillon, is just another corrupt politician.

Third, Le Pen is no longer the new new thing. Since taking over her party in 2011, she has benefited from being the fresh face in French politics. But that role is now being played by our last presidential contender, Emmanuel Macron.

At 39, Macron is young for a presidential candidate. He has had a limited political career, serving as Economy Minister for just two years under Hollande. He has never held elective office.

While this thin resume would normally disqualify Macron, it is helping him in this year of outsiders. He is independently wealthy and does not seem to have been touched by the usual political corruption. And the French find his personal life fascinating, as he is married to his former high school teacher – who is 24 years his senior.

Most importantly, Macron benefits from the political space left vacant by his opponents. The leftist party has moved to the left and the rightist party has moved to the right, leaving a gaping hole in the political center. Macron is a classic centrist, a pro-business former banker who served in a Socialist government. He doesn’t have to contort himself in order to stake out a position between the major parties.

Macron has recently joined forces with François Bayrou, the leader of the centrist MoDem party, further cementing his position in the political center. Macron has been climbing in the polls and is pulling close to Le Pen. The combination of his political positioning, his clean record and his status as the shiny new face of French politics make him the current favorite to win the presidency.

Then What? The Legislative Election

France has a political system that is kind of a cross between those of the US and UK. Like the US, it elects its president directly. Like the UK, it has a prime minister who is elected by the legislature. Together they run the country, with the president playing the role of CEO and the prime minister the COO. The prime minister runs the government and the cabinet reports to him or her.

But sometimes the president and the prime minister come from different parties, creating “cohabitation.” Cohabitation is usually a recipe for conflict and inaction, as our own experience in the US shows.

What is interesting about Macron is that he is an independent candidate. There is no party behind him. He has created what he calls a “movement,” En Marche !, that functions like a party. But it is still immature and is not yet organized enough to win a national legislative election with hundreds of seats in play.

Macron is uniquely qualified to make this happen. Running as a centrist, with relatively weak ties to the Socialist party, he can make deals without fear of treading on party orthodoxy. Together with Bayrou, I expect him to build a cabinet with members from multiple parties. This team would then drive a legislative agenda with support from centrists from all parties.

This will require both skill and luck. With his limited government experience, Macron will need to team up with someone who is skilled in the dark arts of legislative sausage making. And there is always the risk that a fractured legislature falls into bickering and stasis.

But the people of France, like those in the US and other countries, are tired of division and extremes. People want to see policies enacted that are reasonable and are not driven by ideology. There is a real chance that France will be the country where the populist wave dissipates and a radically centrist government shows a new way forward.