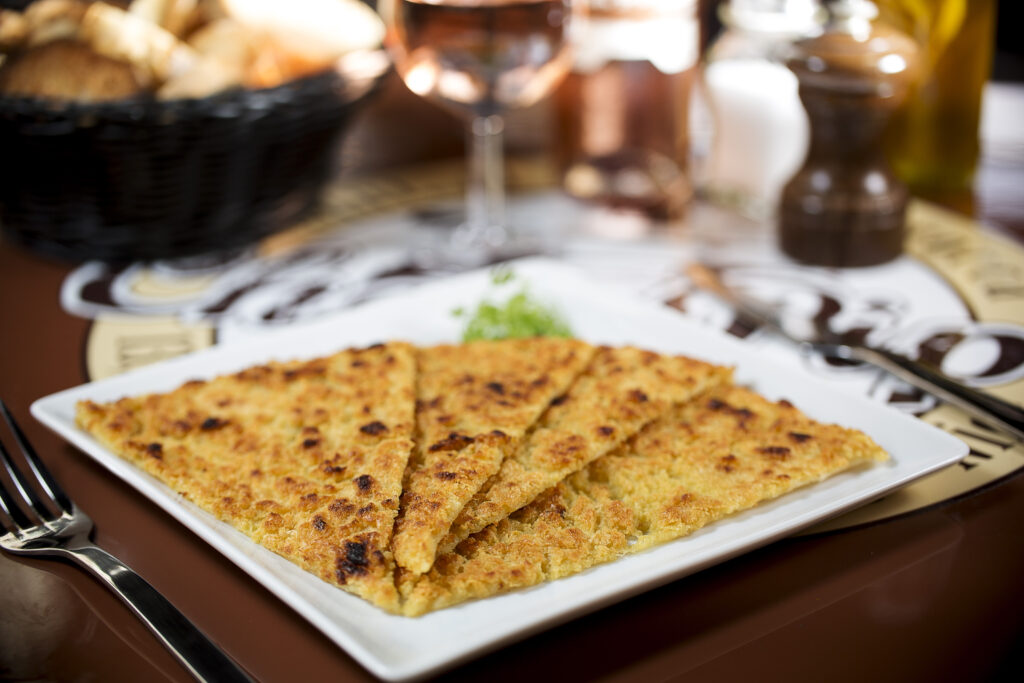 “The culture of Nice is based on three things: the sea, soccer, and socca.”

In a city famous for dishes like pan bagnat and ratatouille, socca holds a special place in the hearts of the niçois. A thin, deliciously crispy bread made from chickpea flour, socca was first brought to Nice by Italian dockworkers in the late 1700s. Cheap and filling, it became known as “poor people’s food,” a favorite of workers and fishermen.

Eventually, all of Nice discovered the dish, helped by a socca maker named Thérésa. She began with a pushcart near the beach before opening her own restaurant, Madame Thérésa. Today, niçois of all ages love socca’s rich, crispy taste. You’ll find cafés full of these locals, having a chat over a plate of socca and a glass of wine. It is so popular that some call it “the national dish of Nice.”

Socca’s ingredients are simple—chickpea flour, water, oil, and salt. Its distinctive crispiness comes from the wood-fired ovens where it is baked at a roaring 750 degrees. The secret ingredient—you might call it the magic—is the loving care with which Nice’s chefs make it.

Award-winning filmmaker Scott Petersen now shares a bit of that magic with us in his short documentary We Eat Socca Here. Read all about it and watch the fun trailer at Perfectly Provence. Warning: it might make you hungry. 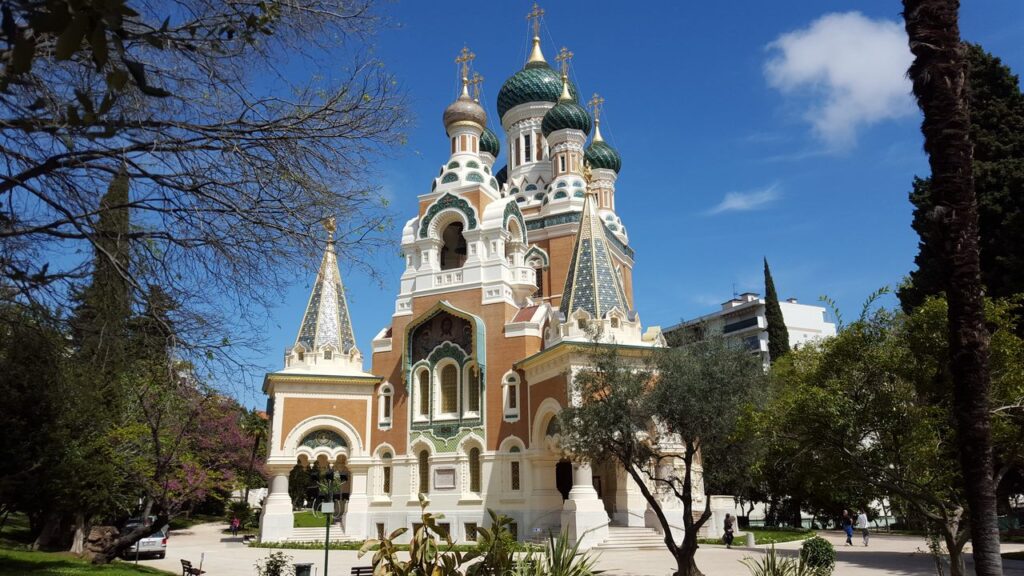 There are so many fun things to do in Nice—you can walk along the Promenade des Anglais, enjoy the view from one of those famous blue chairs, and dig into a salad niçoise  in the Old Town. Now here’s one to add to your list: visit the most Russian spot in France, the Saint Nicholas Orthodox Cathedral.

This magnificent structure was built in 1912 in memory of Nicholas Alexandrovich, the one-time heir to the Russian throne who died in Nice of meningitis. It was designed in the classic Old Russian style, with five beautiful onion domes. Seeing the cathedral you think you’ve somehow stumbled into Moscow. Today the cathedral is a National Monument of France and one of the most visited sites of the French Riviera.

Read all about this unique site in Perfectly Provence!