It started with the clothes dryer 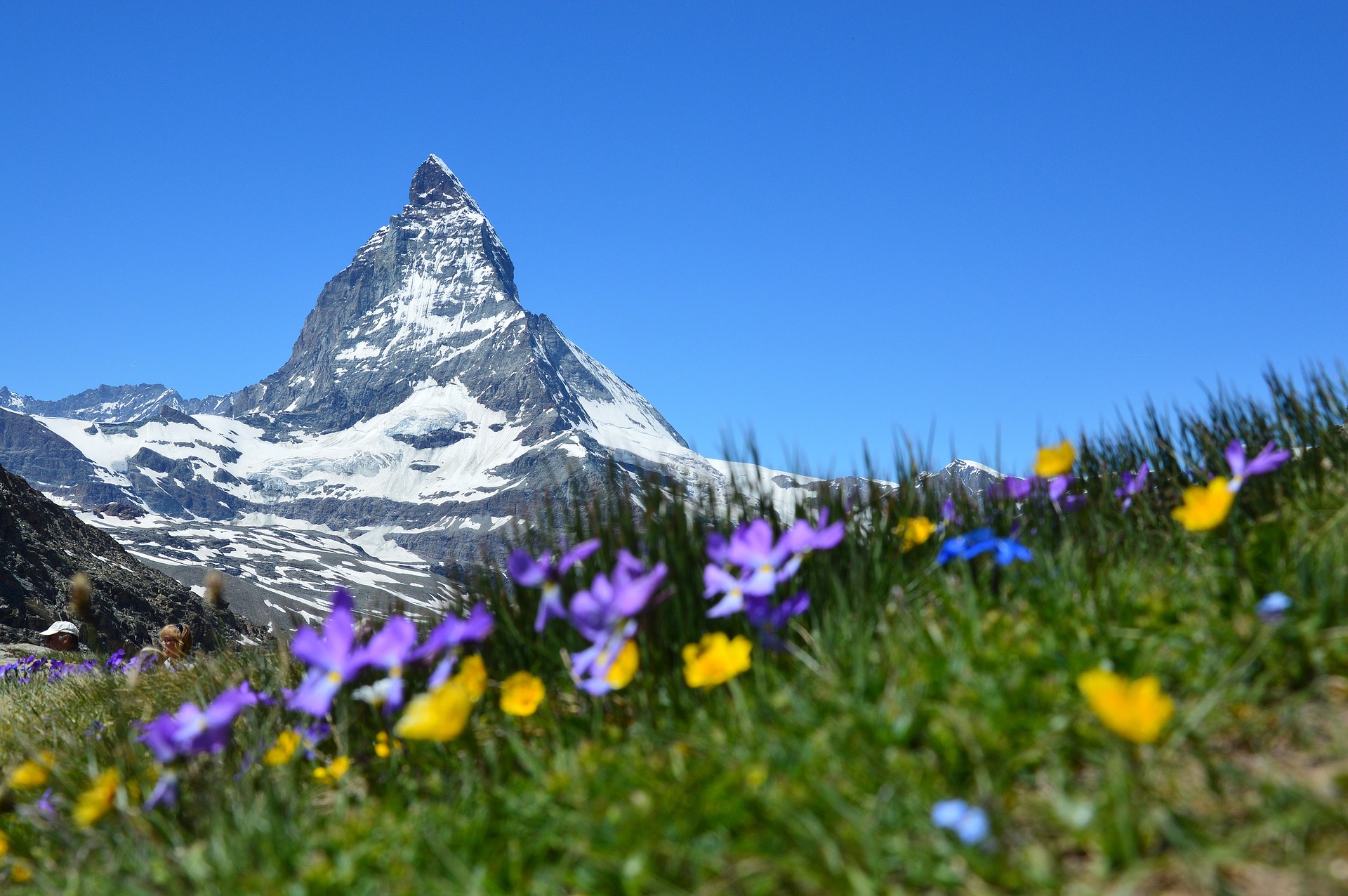 I became a criminal during my first week in Switzerland.

It began when I moved there for an expat assignment, back before Val and I started living in Provence. We needed to supply our own clothes washer and dryer. And because Swiss appliances are ridiculously expensive, we were advised to buy a washer and dryer in the US and ship them over.

There was only one problem: Swiss electrical standards are different than ours. So I found a specialty store that carried “international appliances” and confirmed the specs.

We were all set. Or so I thought.

When our stuff arrived in Switzerland, it was easy to plug in the washer. But the dryer was another story – an electrician had to wire it up.

I called the village electrician but he could only come during the day so my neighbor let him in. When I got home that night I learned that the electrician couldn’t do the wiring due to some mysterious technical thingy. I was stuck.

So I talked to the head of facilities at my company. He agreed to send out the electrician who had helped build our factory, Monsieur Jeanneret. I was assured that he was the best – no silly clothes dryer could stop him!

I met M. Jeanneret during lunch hour. He inspected the dryer and his eyes got big. Uh, oh. Then he went to the basement to check the electrical panel and as he walked back up the stairs he shook his head.

I hadn’t learned much French yet so I didn’t understand his long explanation. But I understood “big problem” and “very expensive.” M. Jeanneret left without doing any wiring.

My facilities manager spoke to him later that day and explained the problem to me. It had to do with amperage. Wait, what? I had the right voltage and hertz and all that, didn’t I?

Well yes, but they only describe the kind of electricity. There’s this other thing called amperage that describes how much. The higher the amperage, the more of an energy hog an appliance is.  And mine was the biggest, fattest, hungriest hog that M. Jeanneret had ever seen.

How hungry? The dryer drew 30 amps of electricity. That’s no problem in an American home, which is typically wired for 200. But my cozy little Swiss house only had 25.

This meant the dryer used more electricity than the entire house!

It put into perspective how much energy we Americans use. And how energy conscious the Swiss are.

So now I faced a dilemma. I could buy a Swiss dryer (very expensive.) I could rewire the house (very, very expensive). Or I could become a criminal.

I went with criminal.

I plugged the dryer into a wall outlet and set it on low. That worked but it was highly illegal.

The Swiss are clever. They know that lunch is the big meal of the day. Millions of stoves cooking at the same time creates peak electrical demand and the Swiss government wants other big appliances off the grid; otherwise they need to build new power plants.

One way they do this is by requiring that all dryers be wired into special circuits that shut off electricity around lunchtime.

My dryer, my lovely big American dryer, was not connected to one of these special circuits.

I was a Swiss outlaw.

My crime was never discovered, thank god. I didn’t care to experience the rigors of Swiss prison life.   Rumor had it that Swiss prisoners are deprived of Lindt chocolate and forced to make do with Hershey’s.

Ladies first! But be careful who you trust. 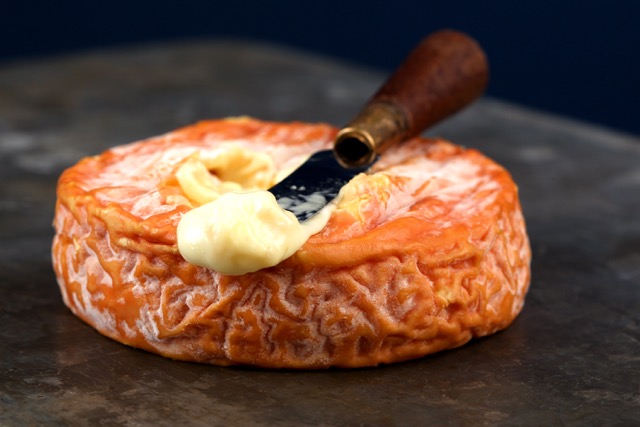 My wife Val and I had just moved to Switzerland, to the French-speaking canton of Neuchâtel. Switzerland is a beautiful and civilized country, but it was still a shock – new jobs, new language, new customs. Who knew that you had to buy special “weasel insurance” for your car?

After a month of settling into our jobs, we were pleased to see a long weekend coming up. “Let’s go somewhere!” we said to each other. “How about Burgundy?”

Burgundy was only a three-hour drive away, so off we went to visit the fabled vineyards and wineries. And why not try some fine dining while we were at it? After all, we had been subsisting mostly on frozen meals from the local Migros supermarket.

We booked a table at Le Cep, a famous restaurant in Beaune, which boasted a Michelin star. The meal started at 8pm and would go until almost midnight. Course after course of wonderful food arrived. We were stuffed! But then they wheeled out the cheese cart.

This was our first experience with a cheese course and Le Cep’s cart was the biggest we have ever seen, before or since. It looked like an aircraft carrier, topped with dozens of different cheeses. Without labels, of course.

The waiter indicated that we should choose what we would like. We were flummoxed, as our knowledge of cheese was very limited back then. Monterey Jack, Cheddar and Parmesan pretty much covered it.

Luckily for me, the lady chooses first in France. I would let Val sort it out and follow her lead.

Val, always clever, explained that we were new to this game and would the waiter please recommend a nice selection? Which he kindly did, choosing seven different cheeses and making a circle of them around her plate. He told Val that she should start with number one and work her way around to number seven.

I asked for the same selection and soon we were munching happily away. The cheeses were delicious! The first was a mild chevre and the others got progressively fuller-bodied.

Val eats faster than I do and she was the first to taste cheese number seven. She smiled with pleasure and said, “Oh, this is good. Take a big bite!”

I should have known better.

Have you ever eaten Époisses? It’s a cheese from Burgundy and incredibly strong. It’s usually described as “pungent” – now there’s a word! It sears the inside of your mouth so that you can’t taste anything else afterwords.

Yes, cheese number seven was an Époisses. This is definitely not something you take a big bite of.

I love Époisses now but let’s just say it’s an acquired taste. And I had not yet acquired it. So as I took a gigantic bite and started chewing, my eyes began watering and I urgently looked for a way to spit it out.

But here we were in Le Cep, an elegant Michelin-starred restaurant and that’s just not done. So I wiped my eyes and kept chewing while Val covered her mouth and tried not to giggle too loudly.

I survived that episode and we laugh about it today. And I got my revenge when we went to a wine tasting a few weeks later.

But that’s another story. 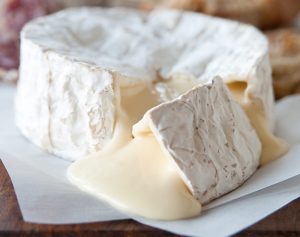 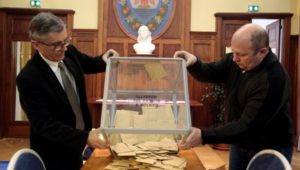 I’m sick of hearing about the US presidential election, aren’t you? Let’s talk about France instead.

France elects a president every five years. And the next election will be in April 2017. But everyone in France knows that the country is really picking its president this month.

First, a quick explanation of the French electoral system

The president is elected in two rounds of voting. The first round is a kind of free-for-all, with nearly a dozen candidates from parties large and small.   The big parties are the Socialists on the left, the Republicans on the right and the National Front on the far right. But these are boring. My favorites are the New Anti-Capitalist Party (so French) and the Royal Alliance (bring back the king!)

Usually, no one wins a majority in the first round and so the top two winners face off a few weeks later.

Normally, this second round is between a Socialist and a Republican. But right now the Socialists are in disarray, with their leader President Francois Hollande regularly setting new records for unpopularity. And the National Front, led by demagogue Marine Le Pen, is on the rise.

All indications are that the runoff will be between the Republican candidate and Marine Le Pen.

This happened once before, in 2002. In that election the National Front’s Jean-Marie Le Pen, Marine’s father, edged out Socialist Lionel Jospin and made it into the second round.   Fearing a National Front victory, Socialists went overwhelmingly for conservative Jacques Chirac, who cruised to victory with 82% of the vote.

This is expected to happen again, with Socialists holding their noses and voting for the Republican. So whoever is the Republican candidate will almost certainly be the next president of France.

And who is that?

Until now, the Republicans have chosen their candidate in the proverbial “smoke-filled room.” But this time they are holding their first-ever primary election.   And it takes place this month.

The favorites are former President Nicolas Sarkozy and former Prime Minister Alain Juppé. The election is expected to be close.

Interestingly, the Socialists may tip the balance. The Republican have decided to hold an open primary, meaning anyone can vote. And large numbers of Socialists are expected to do so, with most of them plumping for Juppé. Their thinking is, why let the Republicans pick the next president all by themselves?

So while the electoral calendar shows the French president being elected next spring, the real action is this month. Keep an eye on it.

As a bonus, the President of France also becomes Prince of Andorra, the only elected monarch in the world. So the French are picking a prince as well as a president.